If I weren’t a Brit, I think I’d like to be an Aussie – such a great attitude to life, the universe and everything. I particularly love the way that they love sport and crazy adventures.

As such, I want to write about two modern and salty Greats. Both Australians, both on epic journeys. One is about half way there, one is nearly home. I think they are both  incredible, for their skill, tenacity, wit and stamina. One of the sailors is a sixteen year old girl and the other a paraplegic father – that is to say, he is paralysed from the chest down. One has just sailed around the world and the other has his sights on it after his current solo sail around the kingdom of koalas and kangaroos. 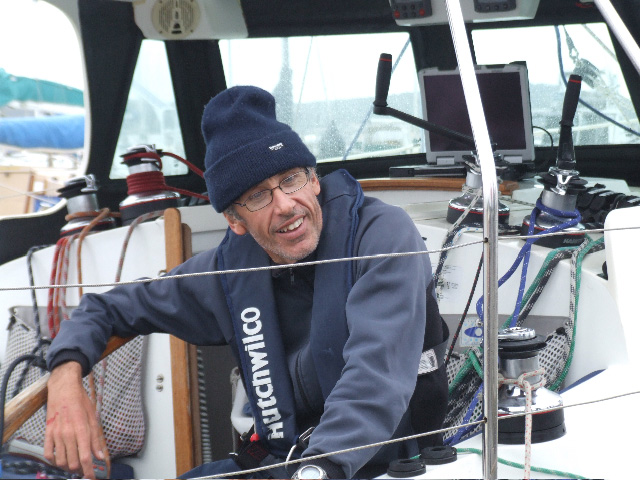 when I was in Perth getting ready for my row.  He became one of my staunchest  supporters and mates over there and he even sailed out to visit me on my Warm Up Lap. I thought I was having issues in the big seas and strong winds, but I watched in awe from my little boat as he maneouvered himself around his boat, hoisting himself up and down into the cabin. I was mightily impressed. Speaking to him both before and after, I got the sense that he would do anything he said he was going to do. You don’t pick yourself up after a paralysing accident and go on to win multiple Paralympic medals without having balls of steel and mighty inner strength, eh? The man has spirit in bucketloads, a veritable hero.

Jamie is currently on a mission to circumnavigate his country. Alone and unassisted – a journey through some of the most hostile waters in the world. Then you add another layer to the story when you find out that he plans to loop the planet, too. Perhaps we’ll see each other on the way round.

If you want to follow the exploits of an extraordinary chap, then go to www.solo1.com. au and meet Jamie for yourself.

Jessie Watson is currently five days away from Sydney and finishing her own loop of the planet. She will become the youngest person ever to sail round the world. An energetic young woman with a kick-ass attitude to life, her blogs have been great fun to follow.  Unfortunately, her team is currently under fire from various quarters about the minutiae of circumnavigation records. My attitude is, who cares? She has just sailed around the world with no outside assistance and no stopovers; regardless of minutiae, that is a fantastic feat and I think she is an inspirational young woman. Australia, you should be proud! www.jessicawatson.com.au 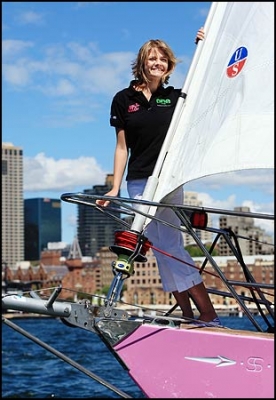