Sarah started the London2London expedition in Nelson, kayaking down the Thames from London’s Tower Bridge and across the English Channel to France. She kayaked in Nelson from Russia’s Far East to Japan via the remote island of Sakhalin and then kayaked in a three piece kayak along the Aleutian Islands from Adak to Homer in Alaska. Sarah kayaked in Nelson from Oxford to Teddington on the last few days of the expedition, before switching to Krissy for the final stretch of the Thames from Teddington to Tower Bridge. 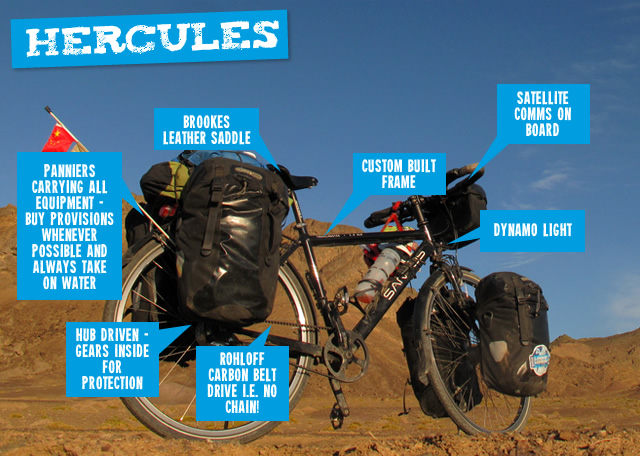 On Hercules, Sarah cycled over 11,000 miles from France, right across Europe, Russia and China via the Gobi dessert, to the island of Sakhalin. Following the North Pacific Ocean row and kayak, Sarah has now taken up Hercules once again to cycle  from west to east across Canada and North America. She then was back with Hercules for the final cycle from Falmouth to Oxford in October 2015. 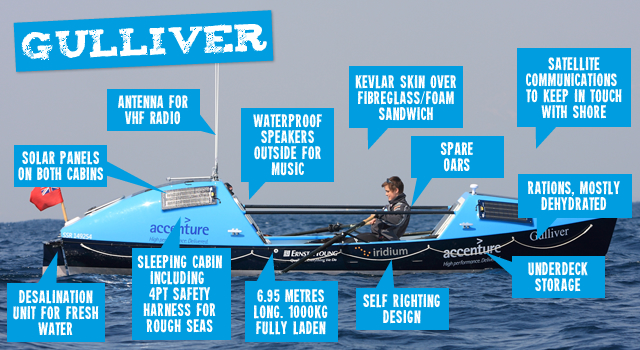 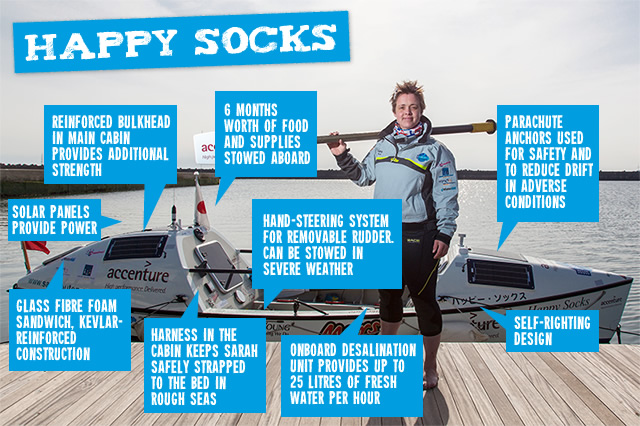 On the Atlantic Sarah rowed with Happy Socks on her route from Cape Cod to Falmouth.  But after 143 days at sea Sarah had to call for a pick up as Hurricane Joaquin was heading her way. Happy Socks was lost at sea during the evacuation.

5 Responses to Boats and Bike