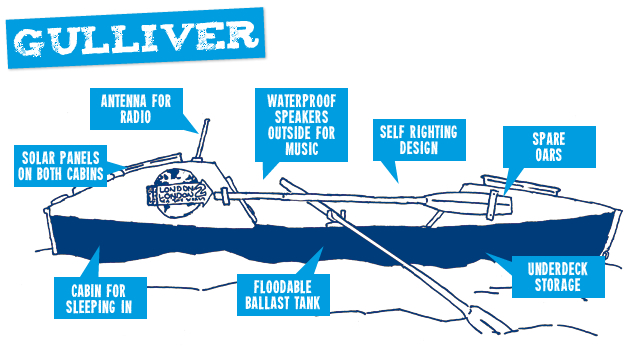 In Gulliver, Sarah rows across the North Pacific Ocean from Japan to Canada as well as across the Atlantic from the Canada back home to the UK – a total of some 7,500 nautical miles.

Sarah starts the London2London expedition in Nelson, kayaking down the Thames from London’s Tower Bridge and across the English Channel to France. Sarah also kayaks in Nelson from Russia’s Far East to Japan via the remote island of Sakhalin. 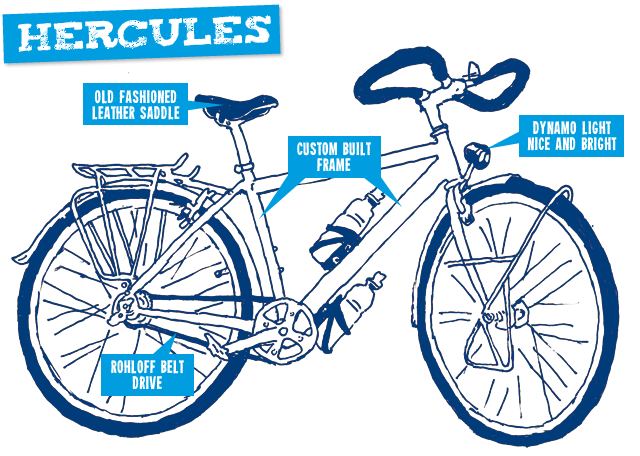 On Hercules, Sarah cycles over 10,000 miles from France, right across Europe, Russia and China via the Gobi dessert, then comes the island of Sakhalin before she reaches Japan.  Following the North Pacific Ocean row, Sarah takes up Hercules once again to cycle across from Vancouver to Nova Scotia, through the harsh North American winter.