Nelly under escort at her send-off

Access to sport and adventure is a fundamental, and something which I am always keen to support. It’s why I said yes immediately when the Jubilee Sailing Trust invited me to become a Vice Patron in 2011, to support their spirit of inclusive sailing for people of all physical abilities. The JST have two beautiful tall ships, Tenacious and Lord Nelson, both designed and built to be fully accessible,  operating year round with regular routes around Europe and across the Atlantic, often racing along the way. 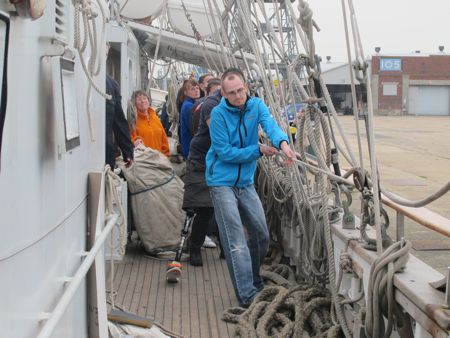 On Sunday, Trafalgar Day, the JST took the message of inclusive sailing to the world as Lord Nelson ‘Nelly’ departed from Southampton bound for the open ocean. She is expected to dock in  Rio de Janeiro 53 days from now, after Leg 1 of a very exciting round the world journey. 50,000 miles, 30 countries…it is to be an epic journey, and one we hope will continue the great momentum of increased acceptance and disability awareness set in motion during this summer’s Paralympic Games. 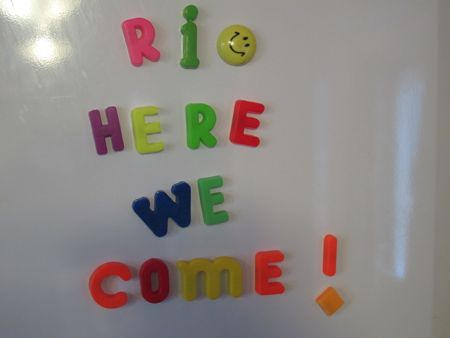 It was a wonderful, and at times emotional, weekend of launches and celebration,  as the crew – from all walks of life, experience and ages – headed out to sea. I particularly enjoyed meeting the Voyage Crew and hearing some of their stories. Beryl, a pensioner from North Wales, had never been to sea before and glowed as she told me that this was a journey of a lifetime for her, and that she had already surprised herself with how much she had achieved even in the first 24 hours of training alongside the dock. James grinned as he told me how he had sailed with JST nearly twenty times over the years and would be doing three legs of the journey, including the ‘Homeward’ run from Canada that my Mum will be on, too. Noel, in a wheelchair, told me of his Paralympic plans for the shooting team and how he has daily firing practice across the landing at home. And Luke, the young Marine now rehabbing after a piece of shrapnel ripped through his scull. He was most looking forward to being part of a team again.

This voyage will change lives. On these journeys horizons expand, boundaries are broken down, confidence grows, comfort zones expand and friendships formed for life.  Magic will happen out there, this we are sure.

Check out the full voyage schedule here and see who you know in the stop over ports, and tell them a very exciting tall ship is coming their way.

PS Apologies for the lack of photos – we are working on it. Something funny going on with hosts namesco.co.uk … Sarah