Of Medicine and Mud 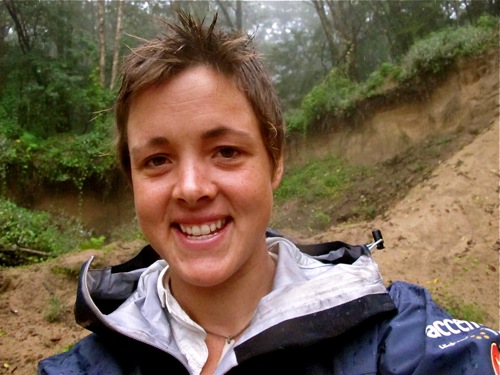 Five months in and still grinning out loud

Sadly my onboard medical kit doesn’t cover all eventualities and so, with translations written down of both problem and solution, off I trotted to a pharmacy today. Luckily I was passing through Dunhua – a small city, and there were plenty to choose from. A friendly teenager seemed to be running the show for her mother, whom she hailed on the phone, watched by her grandparents. A scruffy cyclist and her quest for drugs makes a much more interesting half an hour apparently and they amused themselves by joining in. Meanwhile, a circle of old men on low stools played a noisy board game in a room out the back.

‘No, we don’t have any of that,’ mimed my pseudo pharmacist when she saw the name of my condition, which made me smile. Of course you don’t have it, child,  it is me who has it. I showed her the name of the drug I wanted and, frowning at the Chinese translation, she rang up her mother for the third time.  Next she surveyed the hundreds of little white boxes stacked behind the counter to produce one which, she assured me, matched the one I wanted. I wasn’t convinced at first, but after half an hour on Google Translate and another round of phone calls with her mother, she had added some blister packets of pills (with an English name on them that I did recognize) and, to my surprise, some turmeric suppositories. Yes, folks, turmeric. After two months in China, nothing surprises me any more, especially not where medicine is concerned, so I dutifully trotted back to Hercules with my haul and a rough understanding of instructions, hopeful and confident that at least one of the boxes would live up to the approval of my Sean and Caroline, my expedition doctors. Two of them do and I am happy to say we’re all agreed I shall leave the turmeric for now.

In other news, I am now just a couple of days from the China/Russia border, having tracked East out of Beijing to the coast (where I swam in the Yellow Sea and camped with Chinese cyclists), before turning left and heading North. The last few days have been both wonderful and exhausting, a series of slogging up and down different mountains in the rain. 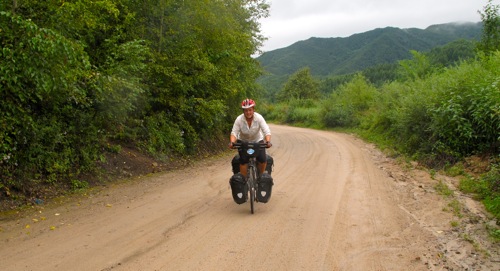 Muddy doesn’t even come close to describing Hercules and I, and sodden is an understatement. They were some of the best few days of the journey so far – off the beaten track (the road wasn’t really a road for the most part and I didn’t see tarmac for days), surrounded by green (contrasted with the Gobi, or the steppe or the urban sprawls), away from traffic and taking me through some villages and parts of China I wouldn’t have seen, had I taken the ‘fast road’. 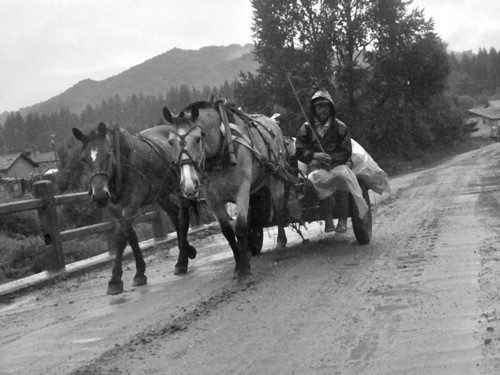 Since the end of the Gao Era I have listened to a lot of music and radio chat on my ipod, but my recent mountain jaunts have been beautiful because I haven’t listened to anything. Rather than plugging in, I savoured the silence,  listening to my own breathing and the sound of the rain drops on my hood. I even heard a buzzard – my first in China – and occasionally would even hear frogs land after a staccato hop across the puddled road. 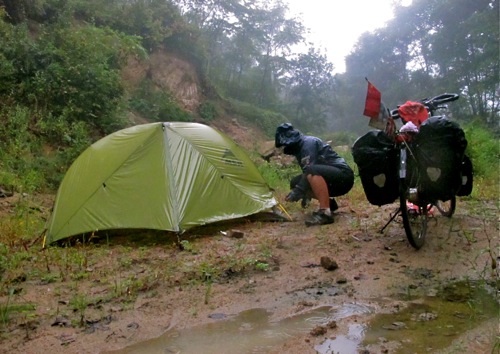 There are days on the road where the challenge is all about maintaining momentum in spite of monotony and a boredom at clocking miles on an uninspiring stretch of road, but these last few days have been challenging in a fun way.  I loved seeing how fast I could reach the summit of each hairpin, my legs and lungs burning or shouting for more, depending on the time of day; and I loved finding out how fast Hercules and I could take the descents, clenching my teeth each time we whizzed through muddy puddles at the bottom or I felt his wheels sliding in the sand. I am happy to say that I only nearly crashed, and both rider and bike emerged safely and happily, if not a little wearily, at the other end of it all.

PS Please keep your fingers crossed for my human powered run into Russia. I am preparing myself for another sit-in as I know both sides will want me to take a bus. Begging letters, smiles and dictionaries at the ready.

19 Responses to Of Medicine and Mud