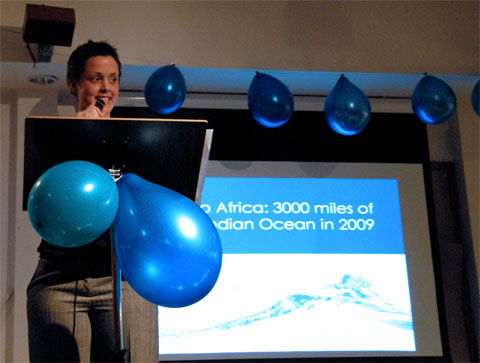 Please see further down the page for more pictures from the auction day.

Thanks very much to everyone who supported the Auction on Friday 26th January, whether you sold yourself, bought a superhero, made the world’s most expensive brownies or came along for the atmosphere – it was a fantastic start to the fundraising shenanigans. Good work all round and I am pleased to say that over £2,500 was raised, split 50/50 between the project and ARC.

Now it’s time to get my degree, so major fundraising will take a wee rest until after I’m done with the ‘F’ word in May. However, for those of you keen to put your money to a wonderful cause, perhaps you might like to sponsor me to run not one, but two, marathons: the London in April and the Blackpool in June, 26.2 miles apiece. All money raised goes straight to ARC, hopefully bringing the current charity total of £1400 to over £2000. It’s super easy to do online, just click www.justgiving.com/sarahouten.

I thought I’d close with a piece of advice and a photograph. Said photograph taken after a long training run on Sunday when I discovered that it is not a good idea to try and run through muddy swamps. No. One generally loses one trainer in said mud and gets very messy trying to retrieve it. Happy days!

Finally, thanks very much to everyone who has been in touch to say hello – it’s great to see folk excited about the project and being so supportive. Much appreciated.

A Selection of Photos from my Auction day

Click on any photo to see a larger version.