Dismissing critics, Sarah is adamant her second attempt to row solo from Fremantle to Mauritius is “not foolish” despite being swept 200 miles off course by the powerful Leeuwin Current in her first attempt. This time she is leaving nothing to chance. 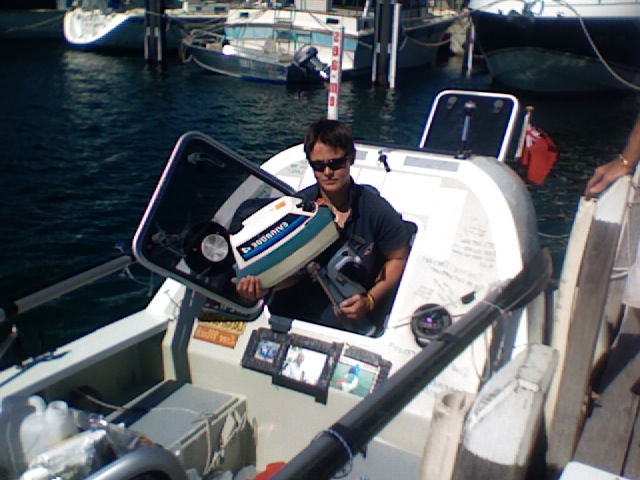 “I’ll only use it in absolute emergency” said Sarah, referring to the outboard she has decided to take along on her second attempt to be the first woman to row solo across the Indian Ocean.

“Several Australians have told me that ever since Tony Bullimore had to be rescued by the Australian Navy some 2000 miles south of Perth, we Poms have a  reputation for triggering multi million dollar mid ocean resccues so I thought it the responsible thing to take an engine so that I can motor back if something goes wrong like if I get blisters” said Sarah.

During the week in Fremantle since her failed first attempt, Sarah’s 6.1m rowboat, ‘Serendipity’, has been modified by the installation of two 300ltr fuel tanks below the cockpit floor and she also plans to carry 12 jerry cans strapped to the sides to provide sufficient fuel for 1,500 miles motoring. “That will ensure I can motor to either Fremantle or to Mauritius from the half-way point of the 3000 mile total voyage” said Sarah.

Sarah will set out again this morning from the Royal Perth Yacht Club at Fremantle at 8:20am local time Wednesday, April 1st.