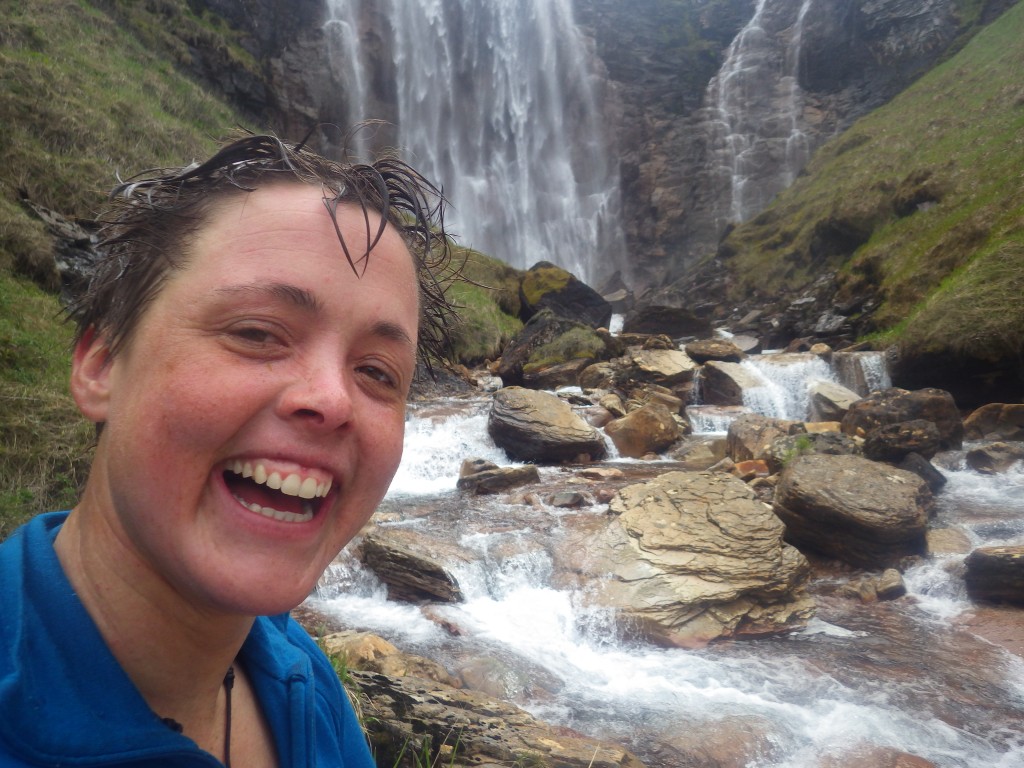 My favuorite shower of the journey – Skiff Cove waterfalls

We always knew it would be hard. Really hard. In fact, as I bobbed about in Happy Socks on the North Pacific last summer, trying to figure where I could land and how I could continue the L2L journey, I called Justine to ask her if she was serious about kayaking the Aleutians. Her reply went a bit like this:

‘Well… I’m not saying no, but it will be the most challenging kayaking that either of us has ever done’. 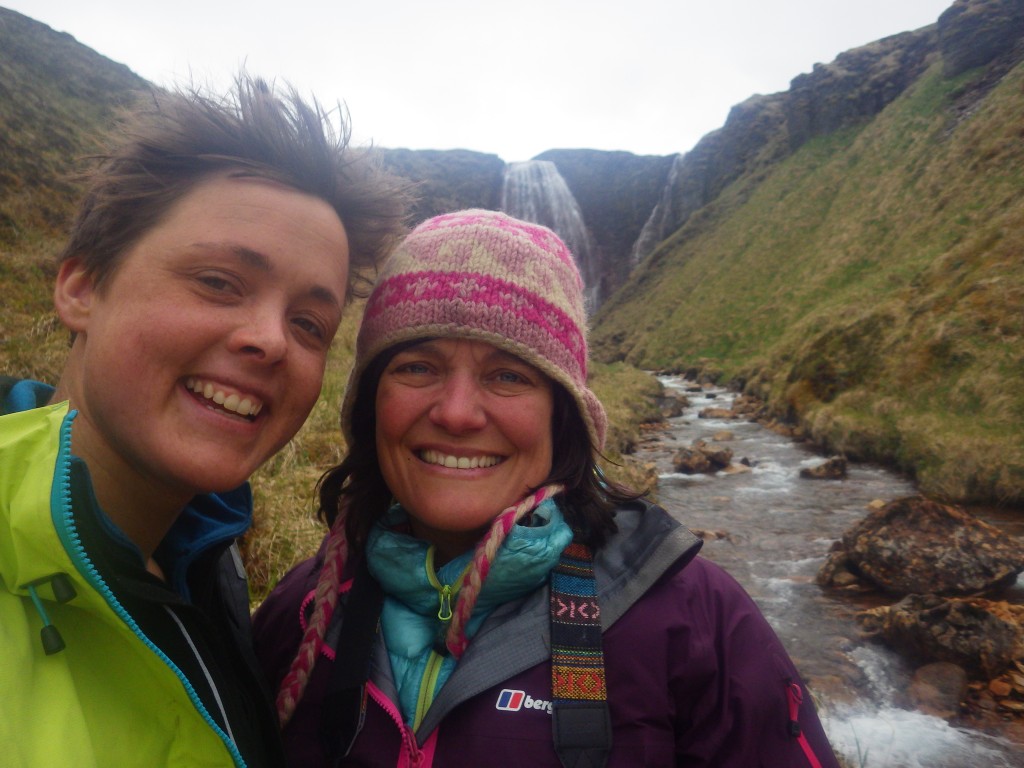 ‘Well… I’m not saying no, but it will be the most challenging kayaking that either of us has ever done’

Golly, she was right. This is by far the most challenging kayaking I have ever done. Not that it takes much – I haven’t done that much really before now. These islands – and importantly the water between and around them – are testing and teaching me in ways I couldn’t quite imagine before. In ways that I probably didn’t want to imagine before, as much as we trained for it over the winter and needed to think about it. 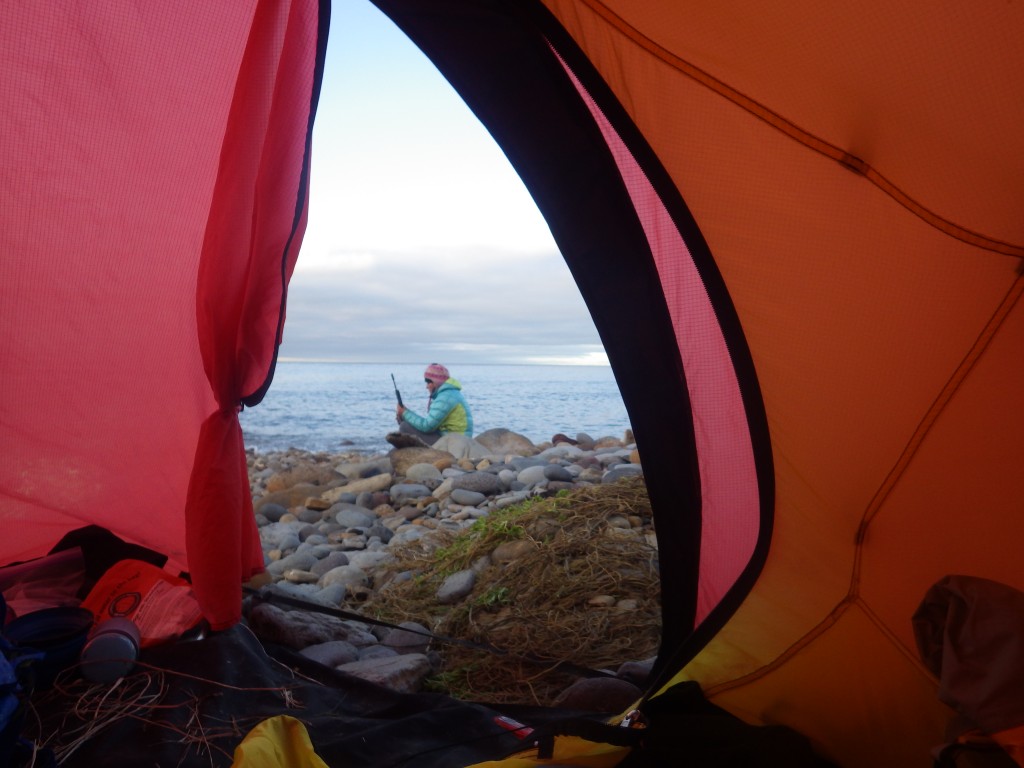 Besides being the most challenging kayaking I have ever done, the expedition is also providing some of the most challenging expedition days I have ever had – on or off the water. Our latest crossing to Umnak Island across Samalga Pass three days ago was never going to be easy – we knew that – but the 15 hour slog we were treated to was brutal. The early morning wakeup was softened by the beautiful sunrise over the striking peaks of Mt Vesevidof and its smaller pals to our east, a bright orange line glowing beneath the cloud on the horizon, coaxing us out of the tent. 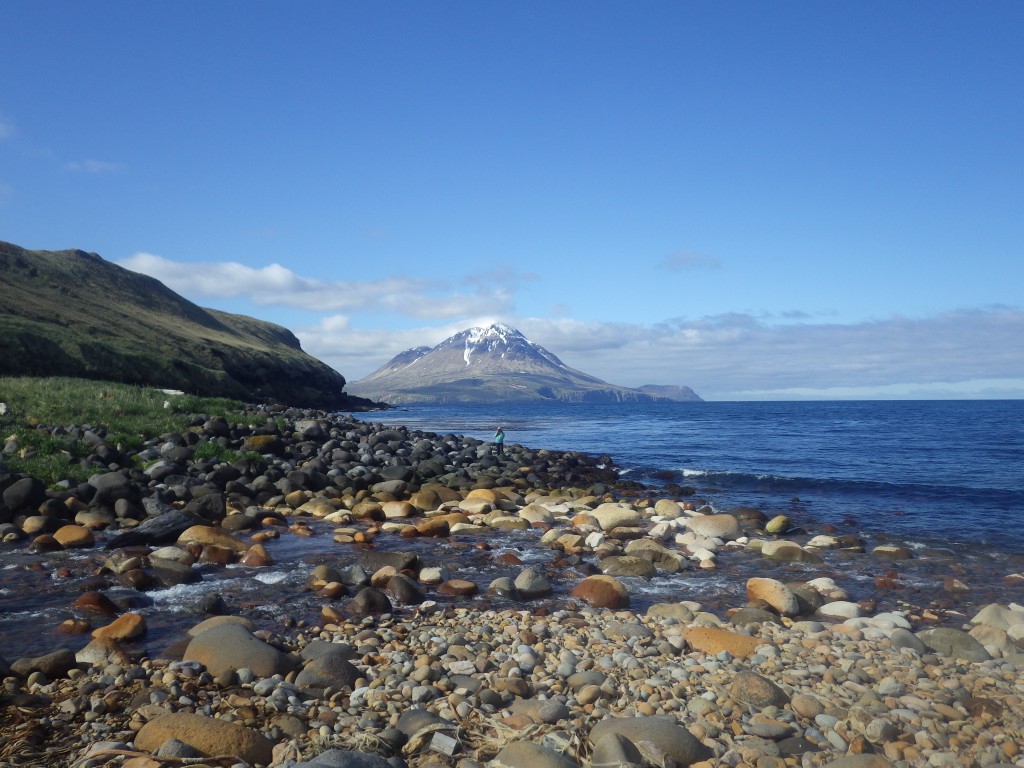 The Islands of the Four Mountains

The first couple of hours were comparatively gentle as my body woke up and my clicking crunching shoulder settled into a rhythm and the painkillers kicked in to dull the pain in my elbow and back, and the peaks on the Islands of Four Mountains bade us a stately farewell, cloaked in a peachy glow. The water seemed charmed and with light headwinds forecast and the thought of ticking away at the day like that was good, even if we were set for at least a twelve hour day. The idea of people, showers and a warm bed and a few days off paddling at the end of it in Nikolski was motivating. 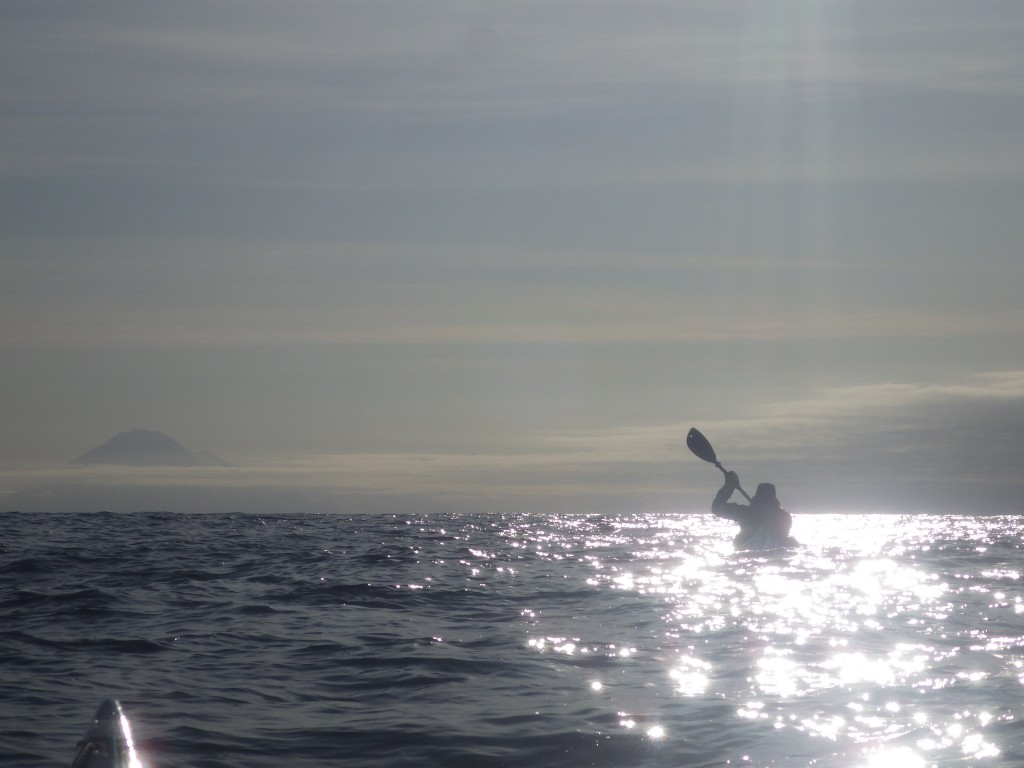 The water was charmed to start with

A few hours after the gentle start it started to get tricky. The ebbing tide started earlier than we had predicted, pulling us south at a rate of knots faster than we could paddle across it. As the hours ticked by it started pulling us away from the islands we were aiming for. And then the headwinds strengthened…. Our target islands which had been getting promisingly closer for those first few hours started getting smaller…. My previously quieted muscles and squeaky bits rebelled. A lot. Loudly and painfully. 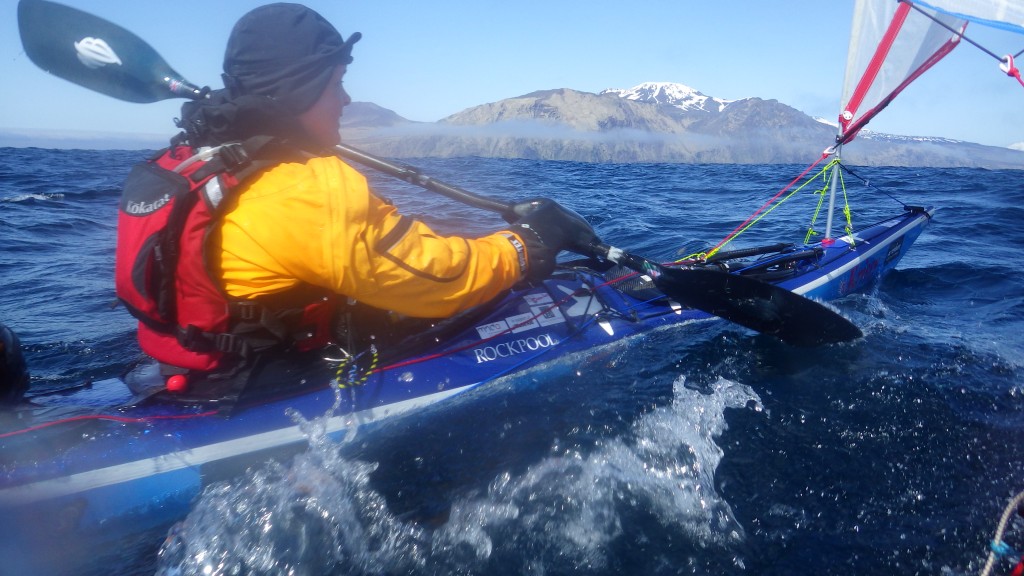 We will get there…

We zigged and zagged at times in an effort to find the best course to take us across the tide at the most efficient angle – or even just to limit the collateral that it was wreaking on our progress. It was a real worry that we might not make it to any island, let alone the one we wanted as the tides were so strong. The flooding tide, when it arrived late afternoon took a while to start working in our favour and helping us make ground north east. And by that time the headwind was really becoming a problem too. 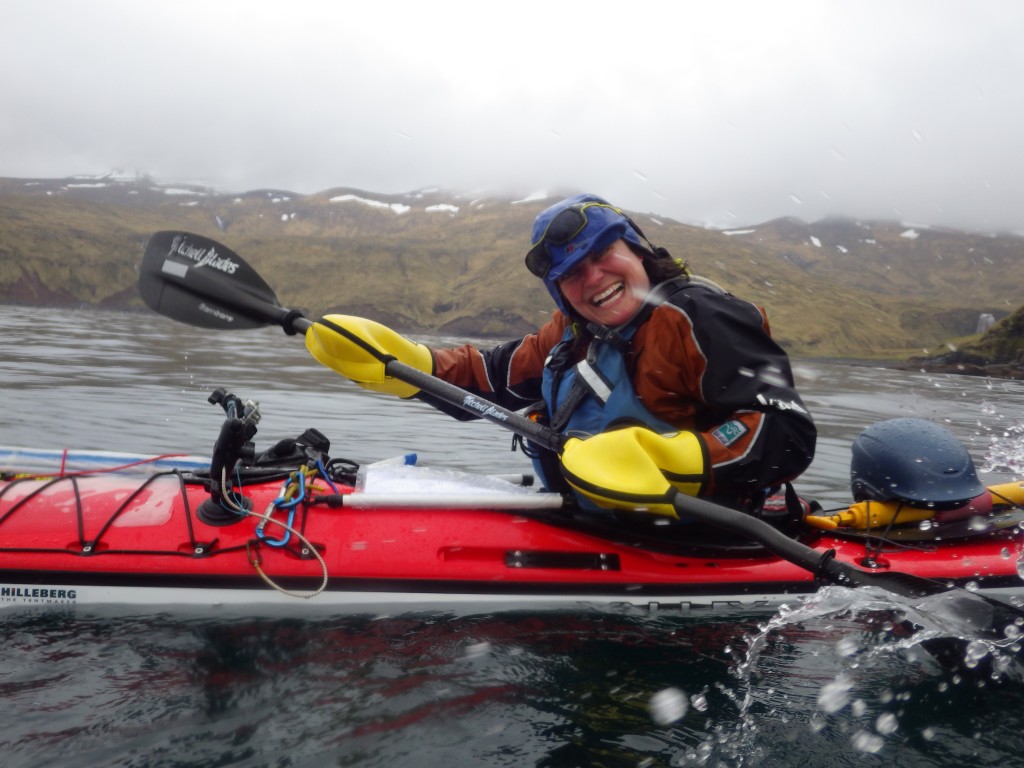 Justine – happy as a fish in water

Not wanting to get sucked into the tide rips down the side of Samalga Island we fought to gain ground north, while also aiming to get across the pass where we hoped we might get out of the strongest tide. The mist socked in, the wind kicked up and up to 20 knots or more.  With every stroke my shoulders, back and elbow screeched their protests at the effort I was demanding. Mentally I pulled out every trick in the book to keep going. Under it all is the stark reality that if you don’t keep going you’re a gonner – it’s not an option to stop. We snatched moments to stuff food in our mouths from time to time, always being blown or pulled in an unhelpful direction by wind or tide. If you zoom into the Yellowbrick tracker map (now all uptodate!) and zoom into the final couple of days you will see our looping-not-so-direct route to Umnak Island. We finally came ashore at 10pm after 15 hours in the kayaks, both of us falling out of the boats rather ungracefully after all those hours sitting down. Numb bums, cold toes, dead arms….but happy as heck to be ashore. Safe, safe, safe. That’s all that counted. 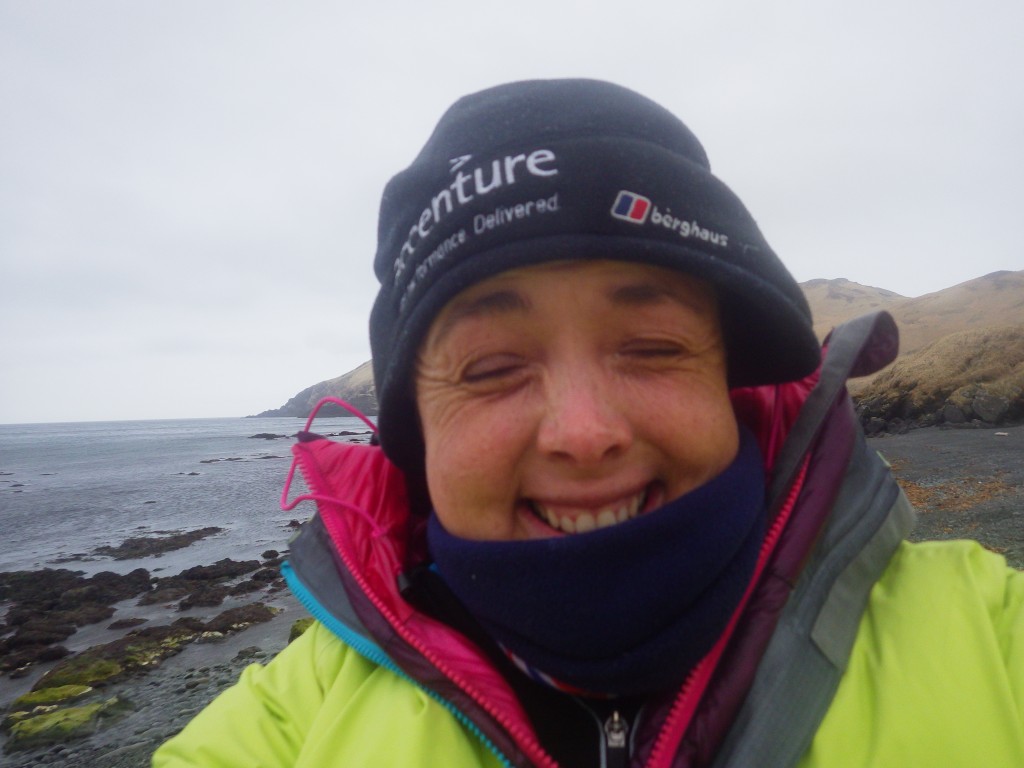 Pleased to see you firm ground!

We camped on the south end of the island overnight – for my part sleeping nearly 11 hours before Justine woke me up with a freshly cooked pancake and cup of tea to coax me into the day. I was surprised she hadn’t already dressed me in my paddling gear! Though she had sorted the snacks and drinks for the day. A couple of hours later we were battling yet another headwind up the coast and a strong ebbing tide pushing against us. Happily we were skirting the coast so could watch the wild foxes eyeing us curiously from shore, taking the island in as we edged north. Otters gazed at us from time to time and we almost paddled over three sealions at one point – neither of us knowing what they were until they had stood upright in the water to huff and honk at us and shout us on our way. Justine finds it hilarious that I shout back at them – they really are intimidating! 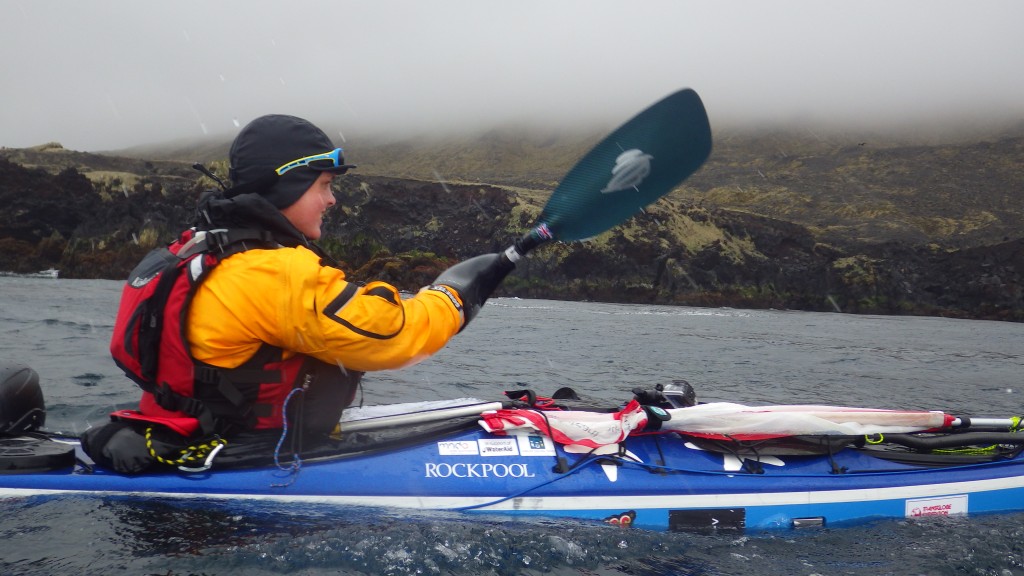 Five hours of slogging and we had arrived. People again. The tiny community of Nikolski is home to the oldest culture in the world, apparently. For thousands of years people have lived on or around this island, so it is a special place. It feels gentle for sure – a quiet church looking out of the bay and a couple of rows of little houses, brightly painted into the landscape. The wind is not so gentle – roaring around outside and, happily, keeping us off the water. We have had quite a reclusive first day, staying at the rather luxurious APICDA Lodge and catching up with admin and our resupply boxes and presents from home. Tomorrow we are looking forwards to exploring the islands and spending more time with the community. After all, the last folks we saw were quite a few hundred miles away. 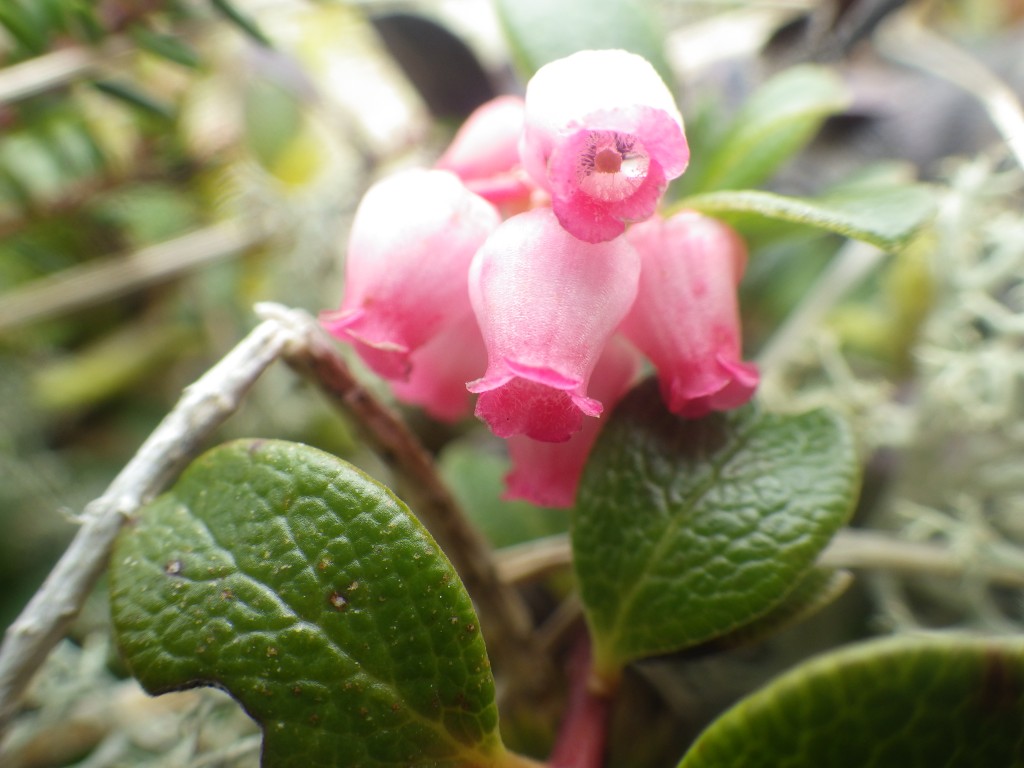 So in summing up our first month of this journey, I think I’ll go for brutal and beautiful. Happily as well as the challenging, this expedition is also providing me with some of the most wonderful moments of the journey. Real magic bits, wild places and creatures new to me and special people. Both the brutal and the beautiful remind me of the miles and moments so far and both are a reminder to live in the moment, to soak it up and let it become you and grasp each one for all its worth. Sometimes they are restful and rejuvenating and sometimes they are fight-for-your-life all-out efforts. But every one counts and all will become memories in time. Last summer this journey seemed like forever away – distant and abstract. As did Nikolski at the start of the trip. And boom – now we are here. Though you wouldn’t have caught me saying that during 15 hour gauntlet across the Pass! 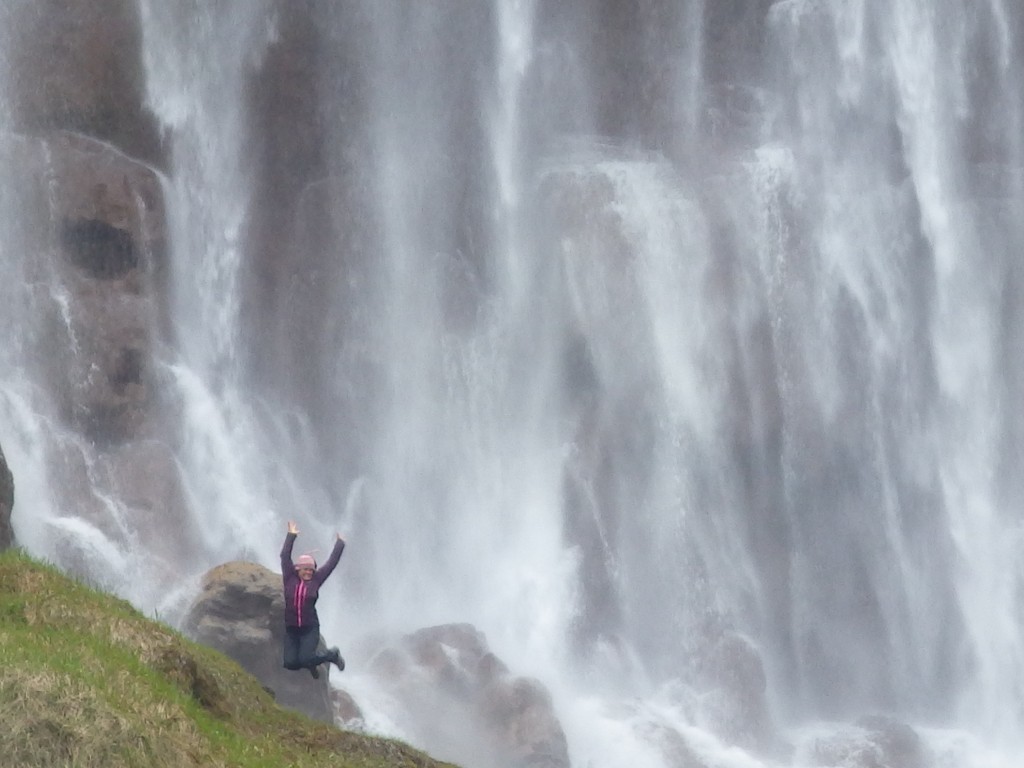 Every day is filled with magic moments

P.P.S Click here to read and listen to a piece by Alaskan journalist for KUCB Public Radio –

P.S To make all those miles and moments even more worthwhile, please consider donating anything you can to the fab charities I am supporting. Thanks! Donate here:

www.sarahouten.com (red ‘donate’ button on the bottom right of the home page)

P.P.S For Justine’s take on things check out her blogs at: