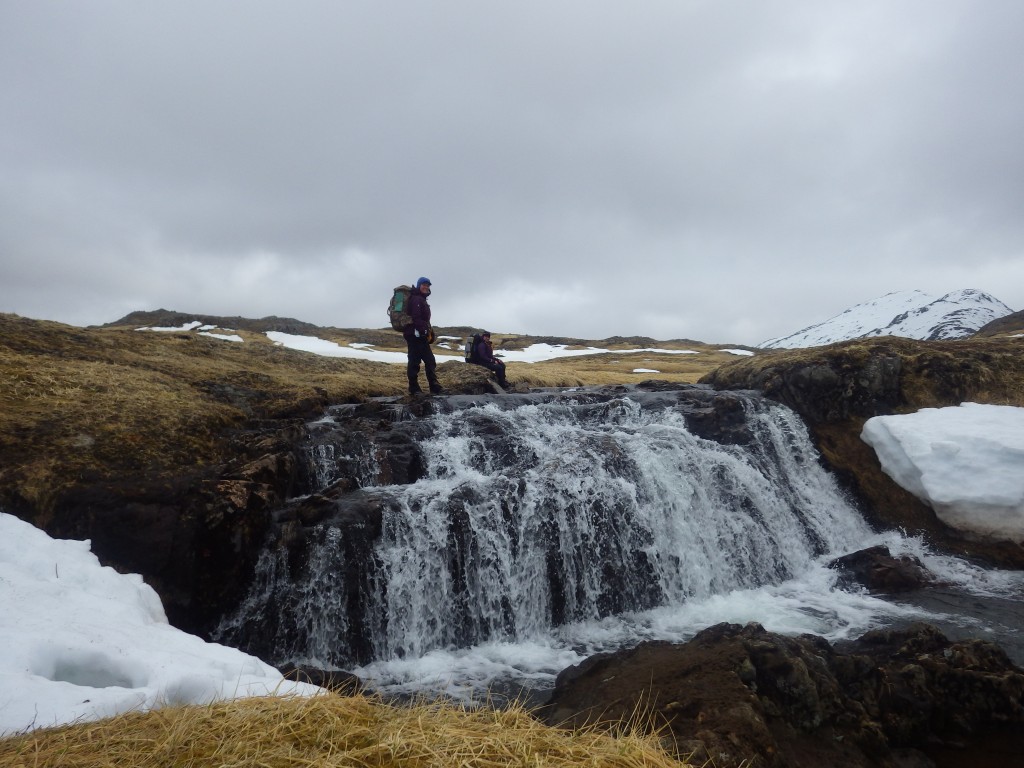 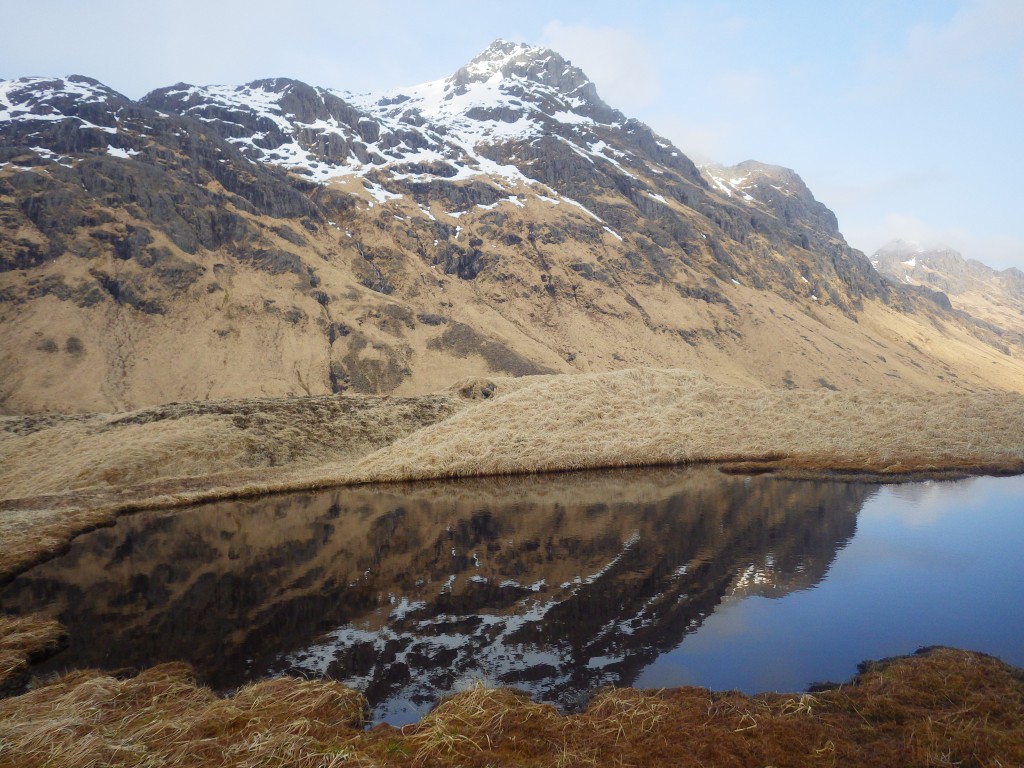 Magic hour in the mountains 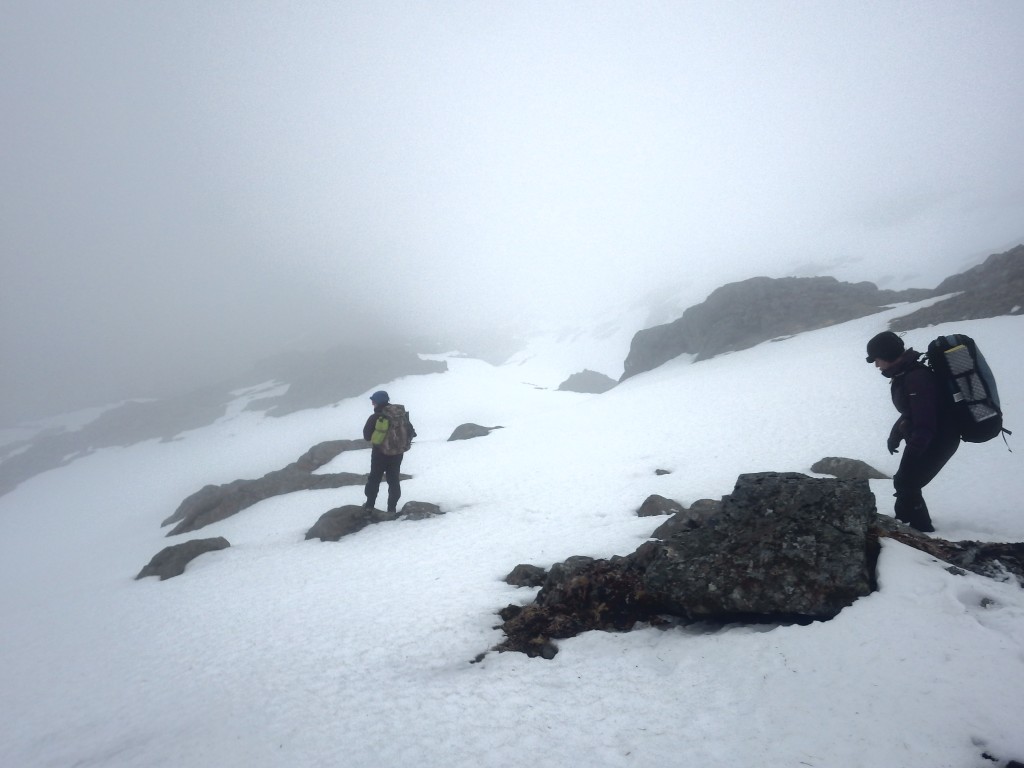 The first bit of snow hiking for Lucy and I…ever! 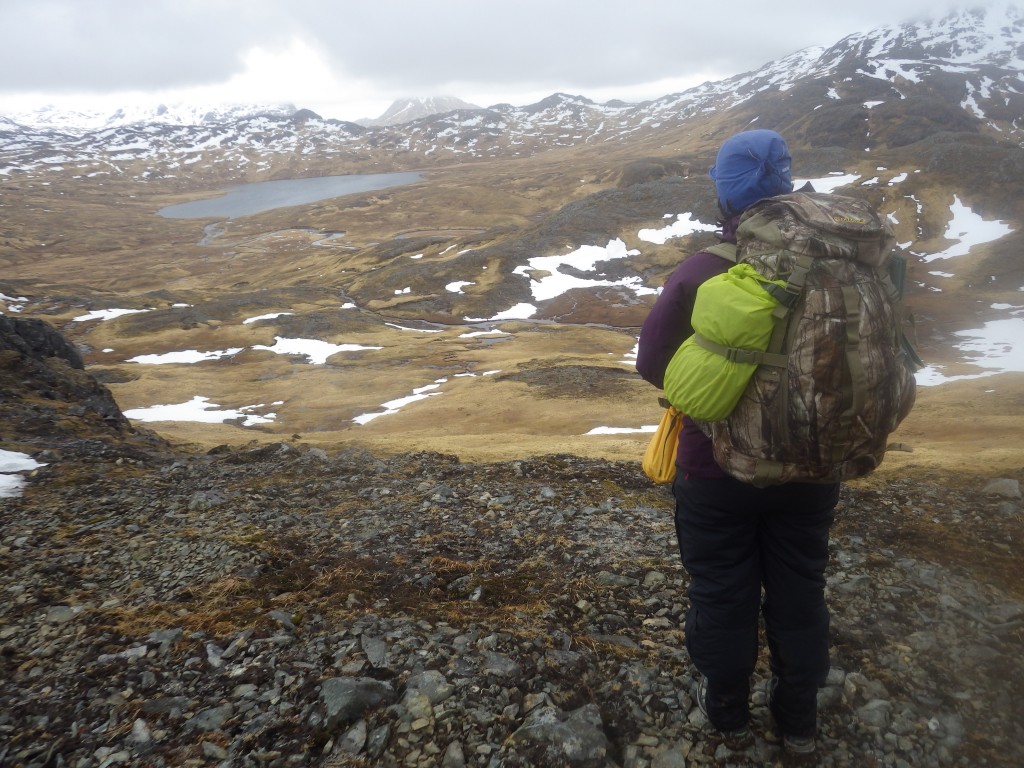 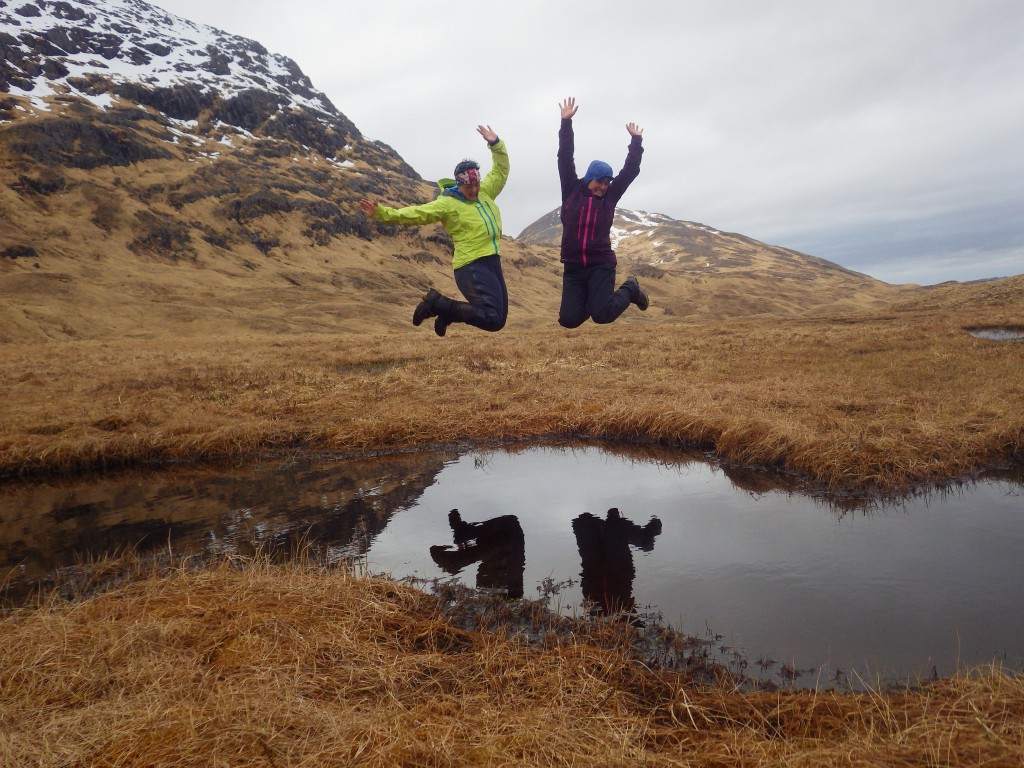 Mountains and skyscapes that make you happy to be alive 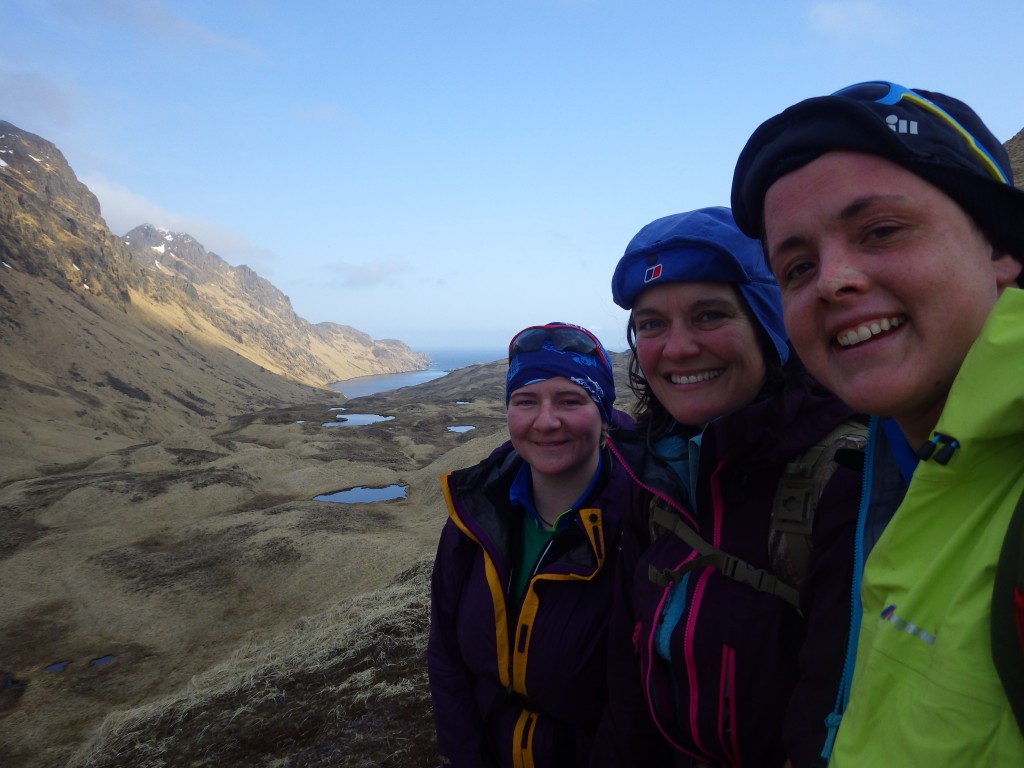 Rounding the spur of the hill revealed Camel Cove

‘What sort of an adventure is this?’ said Lucy, grinning, as she slid down the remainder of a snowy  gulley to where Justine and I were waiting, having just done the same. Happy and relieved doesn’t even come close to how I felt at that moment, except, happy, relieved and tired. As I inched down the slope in the holds Justine had made as she broke trail before us, I did all I could to not think about what would happen if one of us fell and pulled the whole lot down on top of us. Justine reassured us we wouldn’t but still, you never can tell. What an adventure indeed – that exciting mix of having a bit of a plan and then figuring things out as you go along.

The three of us – Justine, Lucy and I, were making our way back to Finger Bay on the North end of the island as we neared the end of a two-day hike to ‘join the dots’, hiking across Adak to Camel Cove where Happy Socks and I arrived last September and back to Finger Bay, where Justine and I will depart on the next stage of my journey, on our mission to kayak the Aleutians.

What a way to start this next leg and brilliant to have Lucy along, too. Arriving in Happy Socks last year all I saw of the south end of the island was rocks amid the mist and groups of seabirds going about their business. Our traverse this last couple of days took us over snowy passes, through farting bogs and over icy streams either rushing down hillsides or idling through marshes. It was stark and bleak and beautiful and I would love to see it in the summer, bursting with meadow-flowers or in the depths of winter showing its seasonal coats.

The first view of Camel Cove was very special  and it was emotional to think of all the things that led to Happy Socks and I being there last year and the people who had been a part of the journey before and since. It felt magic to have Lucy and Justine with me to share it and to think of the roads ahead.

If the weather is good, we hope to leave on Sunday or thereabouts when my fiancée Lucy flies home. The forecast isn’t ideal at the moment but there is a good chance it will change – they always seem to out here.

We have been in Alaska for over a week now, flying out of Anchorage last Sunday where we had spent a few days prepping and sorting our resupply boxes to send down along the island chain. Thanks to our hosts Debbie and Scott Cameron for letting us take over their house in Anchorage while we did this. Arriving in Adak had a calming soothing effect on me – the last few weeks had been pretty mad to say the least and my mind raced constantly with To Do Lists. At least once you fly it means there’s less to worry about.

As you can imagine, it was a very happy feeling to debag the kayaks in Adak on our first day here and see that they had both made it out safely. Since then we have mixed some local sightseeing and catching up with the folks I met last year with more boat sorting and kit sorting as we move closer to departure. Wednesday and Thursday saw our trans-island trek and today has been rather more sedate. For my part, I am now hobbling a bit from achy knees and blistered feet and looking forward to the traditional banya (sauna) that has been laid on for us later. And then, it’s back to that final packing and sorting and saying cheerio to the folks of Adak who have welcomed us all back to their island as we prepare to leave them and journey along this wild and wonderful chain.